Wednesday morning Mommy called in to maintenance that her shower head (that's where the water comes out) exploded. And we waited. And we waited. The next day she called to find out when it would be fixed and was told that since it wasn't an emergency, it was placed on a "three day", so they had three days to respond. Which, she was told, was much better than a "ten day". So Friday afternoon maintenance came and it took about 2 seconds to replace the whole thing. Now I tell you, humans are really kinda sad.  They don't grow nice furs to keep warm all over their bodies, and they don't clean themselves like we do, they get water to do it! **shudder**
I told Mommy it was lame to take a picture of this shower head thing. I'm right, aren't I? Otherwise she'll take one for you. Or two or three.
Now our next bit of news is that it has been so rainy that the city next to us has been declared a disaster area because of flooding. Actually suburbs all around us are dealing with flooding.  And many cities in the Midwest have flooding problems, too. And there have been lots of bad storms and tornadoes around the country, too.  Mommy said when she was young (elebenty eleben years ago) she had to leave home in a boat, so she kinda understands the nastiness of floods. And she also has been through a lot of tornadoes, so she understands that devastation. Total cities can be destroyed in a few minutes! Mommy jokes that she spent her childhood (when not in school or church) in a "fruit cellar", which she explains is like a basement. They had games and stuff, and treats for the family dog (they wanted him safe, too).
Oh, and the President was here, and he ate at a place called Matt's Bar, which Mommy used to go to cause of their famous award-winning hamburgers. They have cheese in the middle! She wishes she could go again, but she doesn't drive, and planning a trip there is hard.
We have more storms coming this weekend, which Mommy says is not good for the flooding problem at all. Lots of businesses are affected by this. The guy that runs one of the riverboat cruise businesses says that they have lost lots of monies cause they can't cruise in flood waters, and he feels really bad about the college kids he employs, cause they can't work, and they need monies for school. Something called the Taste of Minnesota, usually in St.Paul, has moved to a city called Waconia. They want to be open for the July 4th weekend celebrations every year, and this wouldn't happen in St. Paul cause of the flooding.
Whew. I hope that's it for the news roundup.  That was hard work.
Naptime is calling my name!  Quinn, Quinn.
Take care all  of you. I'm going to be napping now!
Oh, and before I forget, there's lots of blogoversaries and gotcha day celebrations! Check out the linkies at the Cat Blogosphere!
Love ya all!
QUINN
You don't really want pictures of the shower head thingy do you? Didn't think so.
at 10:14 AM 11 comments: 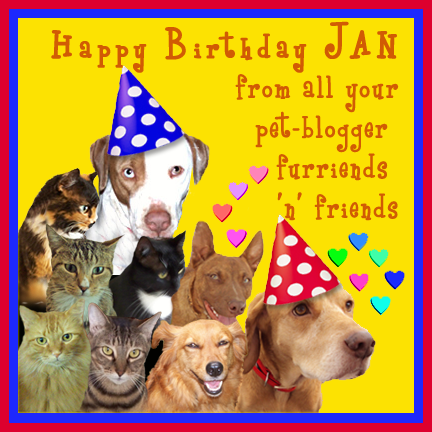 Oh, Jan! May you have an excellent birthday! Hope lots of special stuff comes your way!
We love you sooo much!
QUINN and Carol
at 10:14 AM 10 comments: 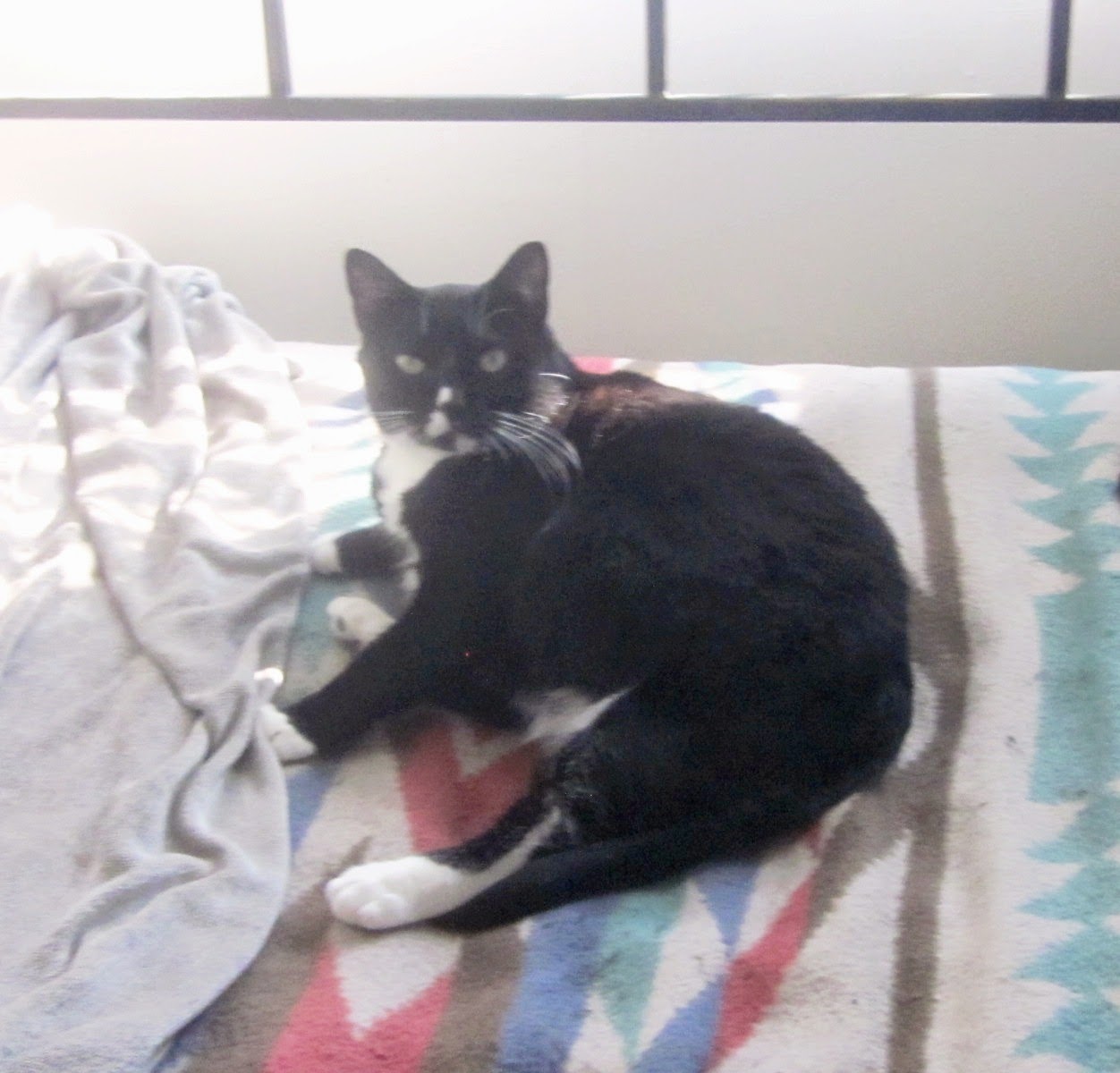 And I intend to enjoy the sun! Hope you do, too, where ever you are. And if you don't have sun, come on over!
Love ya all,
QUINN

ps. Mommy's owie is much better, but still hurts her.  It was supposed to be all better by now. Oh, well, I can still play nursie. 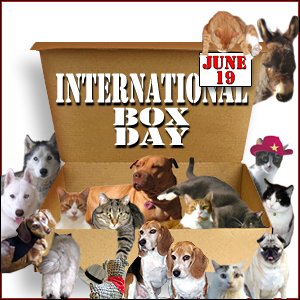 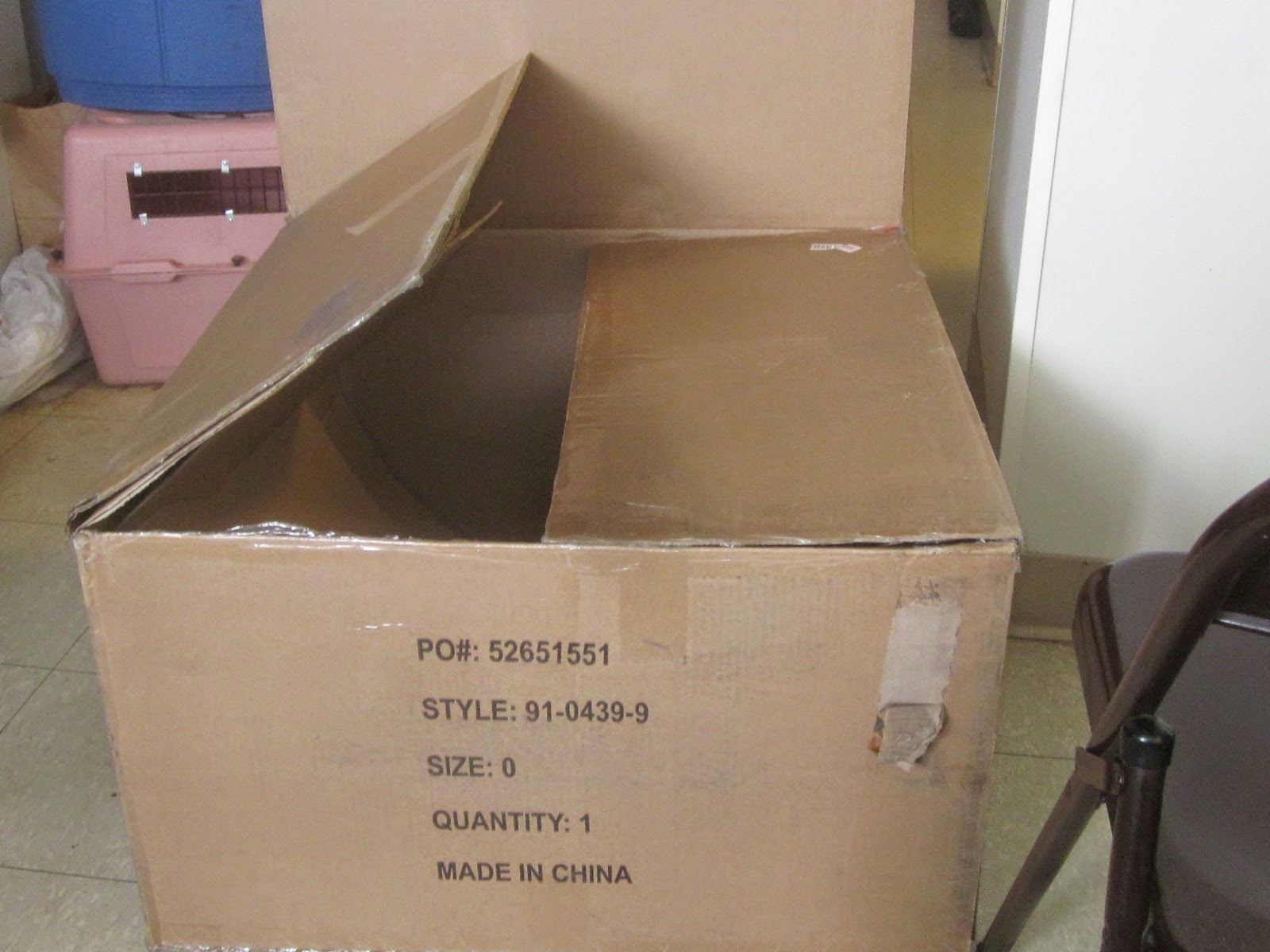 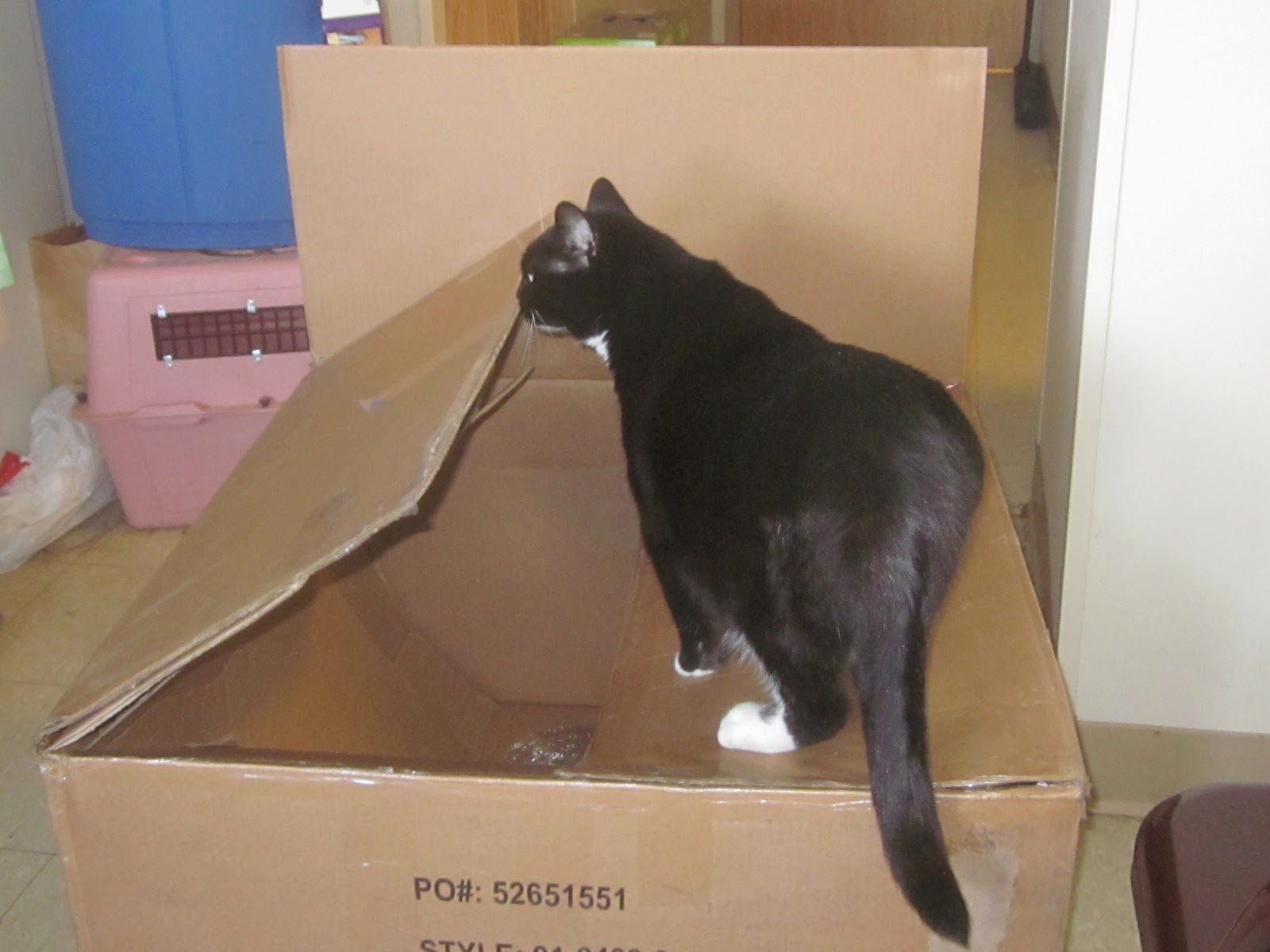 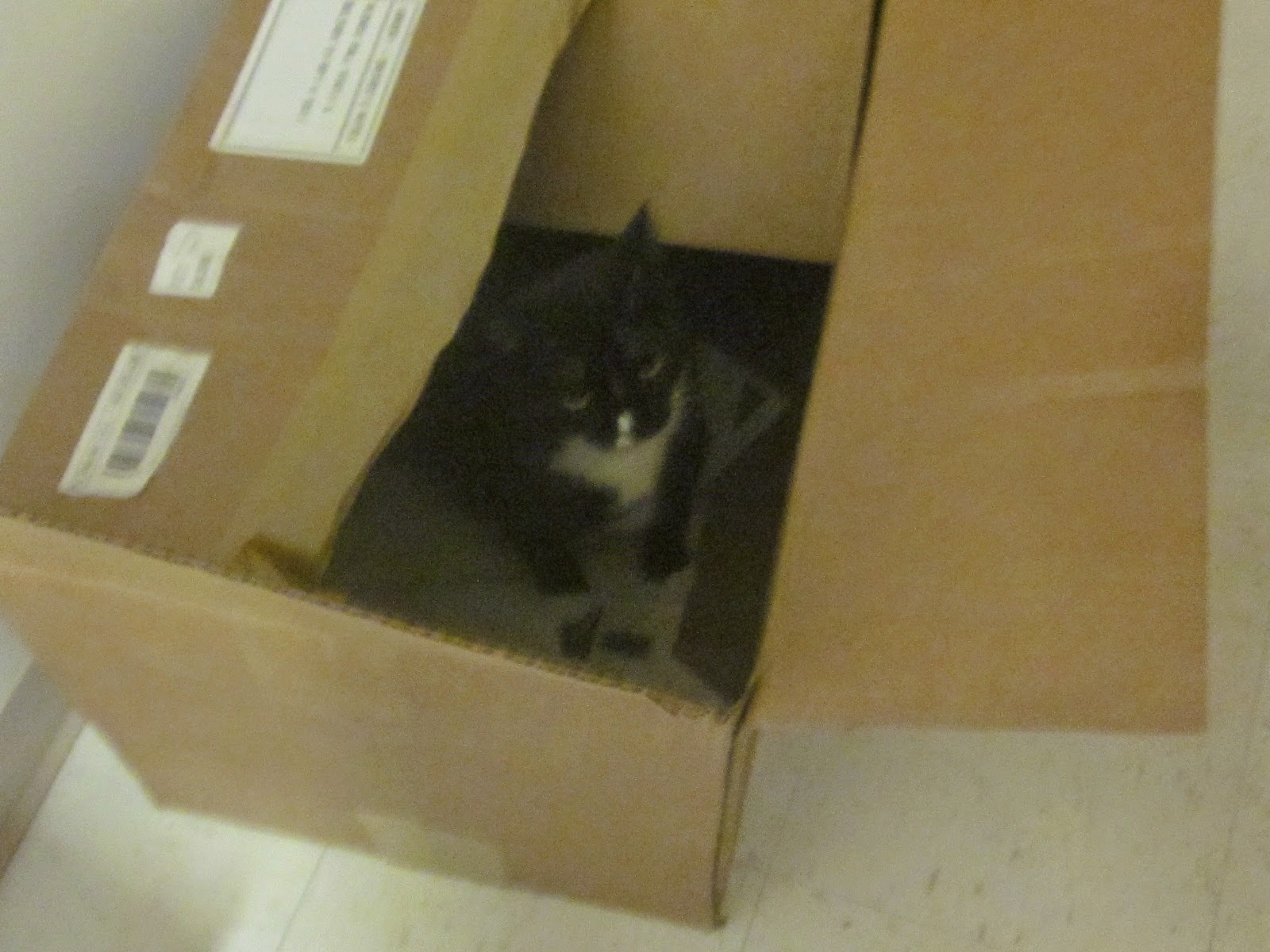 Dear Furiends and friends,
This is Tuxie Tuesday! I will have a picture on here!
But first, thank you for your kind thoughts about my Mommy. I have to announce her knee is still hurting a lot. I mean she winces a lot when she moves around, and limps. Other bruises are fading without much pain at all. I still think Mommy should have some kind of walker as she is not steady on her feet a lot. Read: she is much more of a klutz than she used to be and really does need help.
It is supposed to be hot and humid this week, so the a/c cooley thing has been on. It has been nice in here. 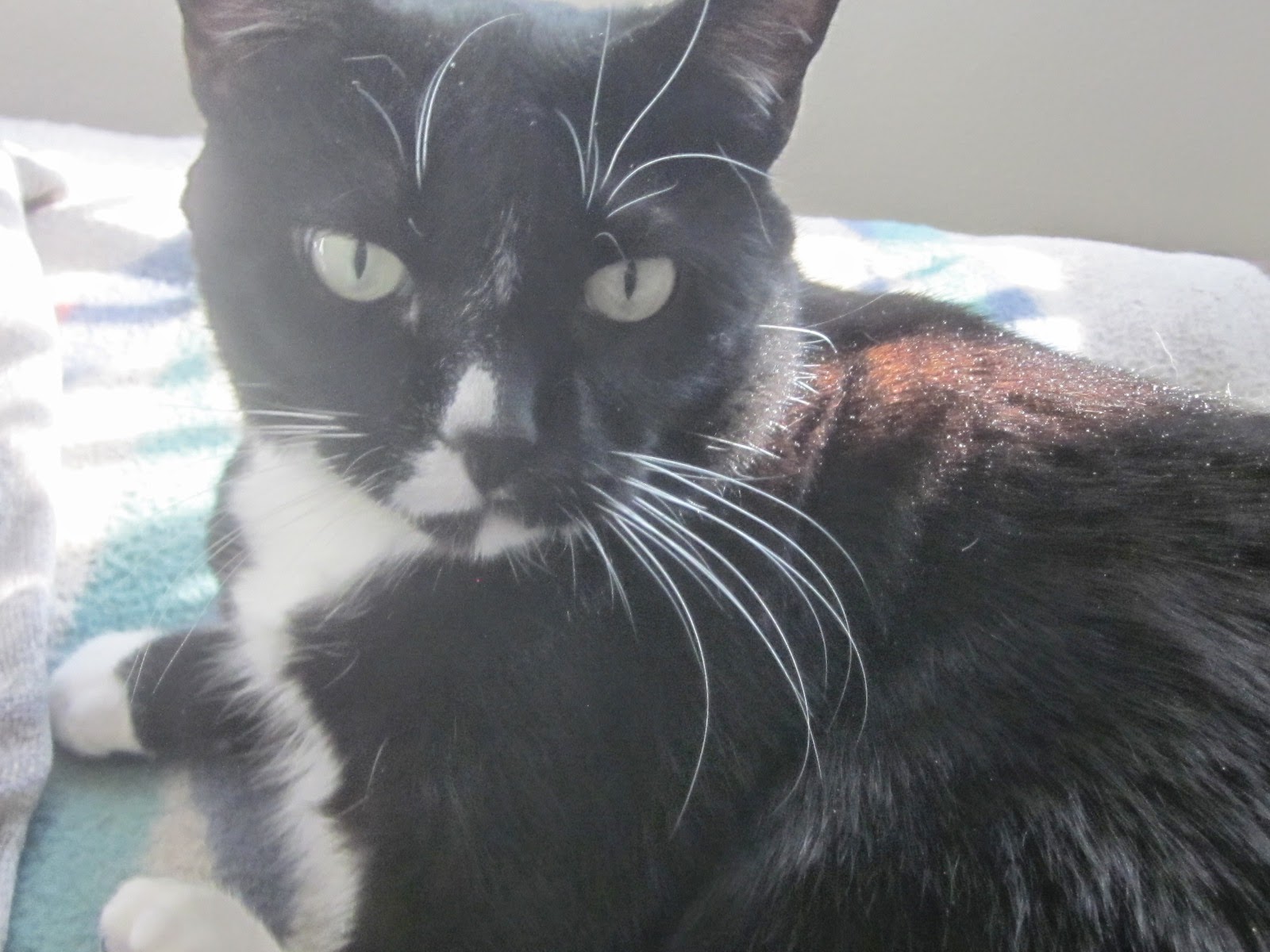 See, I told you there would be a picture of me! Tuxies do rule, ya know! And I wish everyone a great day and week.
Love ya,
QUINN

Mommy had an adventure yesterday. And it wasn't the good kind.
She had an appointment at the clinic. All was well. Until.
After her appointment she made another appointment (routine stuff) and as she was leaving she tripped. She hit her head and bruised her knee and finger (it's okay for her to type)  and was suddenly surrounded by several nurses. They made her sit down, they took her pulse and blood pressure and told her they were going to send her to urgent care. Mommy just wanted to go home. But off she went to urgent care. She's okay, just sore in a few places and has some really bad bruises and is limping. When she came home she went right to bed.
I think she needs one of those walker things, with a seat and wheels and brakes. That would be much more safe for her walking around  than just a cane.
Anyway, it was so nice yesterday, and now it's cold and windy and the weatherbeans are saying rain. So only one window has whiffies,  and they aren't pleasant ones. And like I said, mommy is limping around. She still gave me awesome rubbies this morning.
I'm going to take care of mommy today. It looks like one of those "let's cuddle" days. And after I let her finish this she's going to have to close that window! Brrrrr! June in Minnesota??
Take care this weekend.  Happy Dad's Day, those of you who have them. We, unfortunately, don't, so we ask those of you who do to be specially grateful and loving.
Love ya,
QUINN
You can close that window, now, mom! 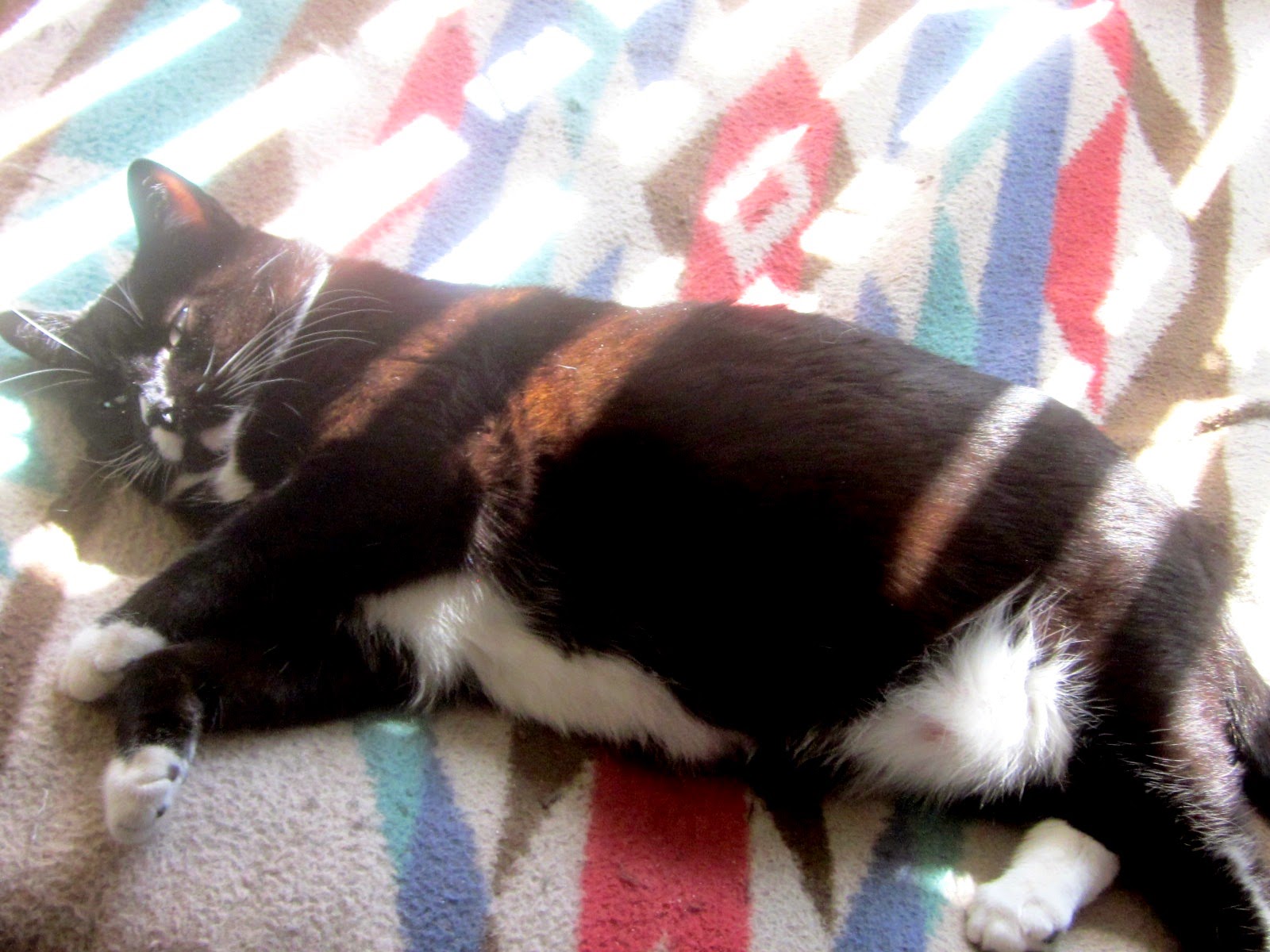 Have a lovely Easy Sunday, all!
love ya,
QUINN 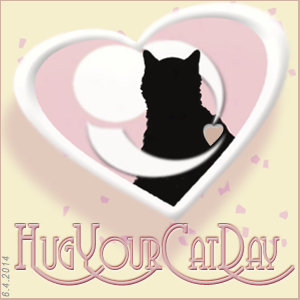 It does a body good!
You and your human!
at 10:07 AM 11 comments:
Newer Posts Older Posts Home
Subscribe to: Posts (Atom)